7 Things Parents Should Know About Melatonin for Their Kids 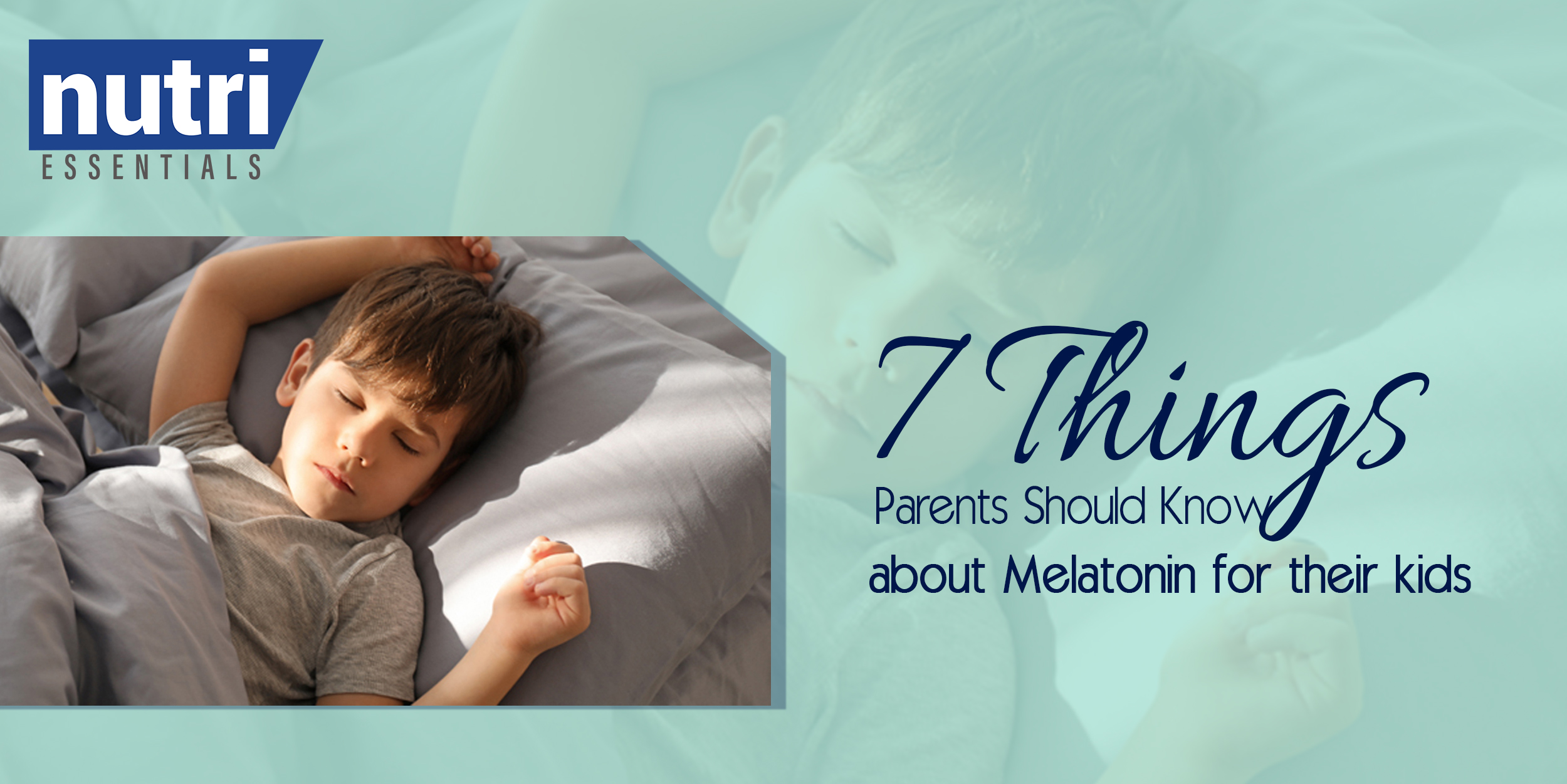 If children face sleep disorders or get insufficient sleep, melatonin supplements may give relief and act as a possible short-term strategy to achieve quality sleep. Though studies are limited in showing the use of melatonin, some studies on children provide promising evidence of melatonin's effectiveness in initiating sleep.

Melatonin comes in disparity. Some of them include children-oriented formulations known as gummies and liquids. In addition, it's been found that melatonin is a dietary supplement rather than a medication; there are no authorized dosage guidelines for either children or adults. But it's mandatory to consult your pediatrician before giving melatonin to a child.

Healthcare proficient can advise whether children with sleeping difficulties may benefit from taking melatonin and other treatment options. For example, they may suggest a lower dose initially and later adjust it according to the requirement.

Sleep disorders are likely to take place in children suffering from Autism. Studies have revealed that usage of melatonin improves sleep quantity and quality. Some children also experience improved daytime behavior, and few to no side effects appear.

Side Effects of Melatonin

Melatonin is always suggested for short-term treatment and has few risks considered relatively safe for short-term use and has few risks. However, some children who take melatonin may experience mild symptoms. These symptoms may include drowsiness, headaches, and agitation. These symptoms get better once you stop taking this. Other possible side effects of melatonin can include:

Currently, there are modest studies on the long-term effects of melatonin use in children. It has been suggested that melatonin is a hormone that may affect other hormonal development in adolescents.

Inadequate or poor-quality sleep can adversely affect a child's physical health, academic performance, and psychological well-being. Inadequate sleep can also lead to behavioral, mental health, such as irritability or hyperactivity.

Not Every Sleeping Disorder Is Treated with Melatonin

Research has the proof to showcase that melatonin may help children with sleeping difficulties. Still, it is important to try lifestyle changes and speak to a doctor before beginning any medications, especially in children. There is also little research into long-term melatonin use in children. Along with this, melatonin won't help to cure sleep disturbance, early rising, or other sleep disorders.

Natural Melatonin Generations Can Be Worked Upon

Lifestyle interference that may help a child sleep better include:

Restraining the use of electronic devices before bedtime

Keeping the Bedroom at a Comfortable Temperature At Night

Many things being a parent you can do to help your kid's sleep cycle get on track so that natural melatonin gets released at bedtime. As the busiest parents, we often look for quick solutions; however, not everything needs a pill to get better.